The issue of opiate addiction is impossible to ignore. Its prevalence over the last few decades has impacted numerous lives and torn communities apart. In 2019, 132 citizens of Norfolk County lost their lives to opioid overdose. When speaking about avoidable drug overdose, even one death of a community member is too many. At East Coast Recovery, our community-based approach to addiction treatment can provide you or a loved one with the tools they need to recover from opiate use disorders.

When you think of the main culprit behind the opioid epidemic, the blame is typically placed on the widespread use of prescription opioid painkillers. While the overprescribing of these addictive drugs is no doubt a contributing factor to the opioid epidemic, there remains another illicit drug that has a stranglehold on many people in Massachusetts and along the East Coast: heroin.

Unlike many prescription opioid drugs which have legitimate medical uses for pain management, heroin has no medical uses and is solely synthesized and used for its effects as an intoxicant. To better understand why heroin is so dangerous, it is important to understand the process in which the drug is created.

Heroin is an extremely powerful and addictive opioid drug that is derived from morphine. Morphine is extracted from the seemingly innocuous seeds of the opium poppy plant. These flowers are processed into morphine, which is typically in the form of a fine brown powder.

Because the synthesis and export of illicit heroin is so lucrative, vast fields of opium poppies can be found in any region of the world where climate allows growth. These opium poppy fields are typically found in Southwest Asia, Southeast Asia, and Central and South America. This is where the climate allows for the most effective cultivation, thus a higher yield, of the plant. Because of this, we see the influx of heroin into the United States coming from mainly these regions.

Once morphine is processed into heroin, it is referred to by many different street names. Some of these names include:

Many of these street names are simply colloquial slang, but sometimes they are references to the different forms in which the drug can be sold. Most commonly, the drug is sold as a white, tan, or brown powder. This pure powdered heroin is often mixed with inert powders that stretch the volume of the powder for increased profit. This process is commonly known as “cutting” the drug.

Some of the inert substances that are often used include powdered vitamins, baby powder, or cornstarch. As is the case with any unregulated street drugs, the user has no way of knowing what potentially hazardous product that the heroin is cut with.

Some heroin is processed into a dark, sticky substance known as “black tar” heroin. This type of heroin is generally believed to be even lower in purity than any other form. Purity is desirable for users because the more pure the drug is, the more powerful the intoxicating effect.

In its different forms, heroin can be taken in a number of different ways including insufflation (snorting up the nostrils), smoking, or injecting a solution of the drug intravenously (IV). While all of these methods carry their own risks, intravenous use carries the highest risk of overdose as the drug is injected directly into the bloodstream. When a drug is consumed orally, the body is able to process and attempt to discard the foreign chemical. When the chemical is injected directly into the bloodstream via needle, the body is unable to metabolize it leading to potentially high concentrations and overdose.

Ready to overcome effects of Heroin?!

If you or a loved one are ready for rehabilitation from Heroin & other drugs — Call today or “contact” us.

Short-Term Effects and Symptoms of Heroin Use

People who use heroin typically feel the effects of the drug almost instantly. The time it takes for the drug to take effect mainly depends on the method used. Because it is such a potent drug, there are many short-term signs and symptoms to look out for that suggest that a person is under the influence of heroin. The following is a list of signs to look out for that may suggest that a person has recently used:

How quickly someone may experience these effects, and for how long, may depend on the quantity and purity of heroin ingested. For example, someone who smokes the drug or uses it intravenously is typically at a higher risk for addiction as heroin reaches the brain quicker with these methods of ingestion. The itching, vomiting, and nausea felt by inexperienced users of heroin typically subsides as they fall deeper into addiction.

Many of these side effects are seen as pleasant or desirable and are what lead to heroin addiction in the first place. There exists a phenomenon known as “chasing the dragon.” This refers to the pursuit of the strong, euphoric feeling that the user felt the first time they tried heroin. The user will continue to take the drug, more often and in higher amounts, in order to try to achieve that initial high. This is a fruitless endeavor and more often than not leads to an incredibly strong physical and psychological dependence on the drug.

Along with some of the short-term side effects described above, heroin use has effects that only become apparent after the user has been taking heroin for an extended period of time. Addiction affects people differently but there are some common ramifications that make themselves apparent in a long-term heroin user. Some of these characteristics include

Long-term heroin users are also at an increased risk for various health conditions:

It can often be difficult to determine or identify heroin use. If you suspect that yourself or a loved one may be in the throes of heroin addiction, there are certain behavioral and physical signs to look for.

Some behavioral signs of heroin addiction may include:

Some physical symptoms of heroin use may include:

Heroin addiction can damage the parts of the brain that are responsible for decision-making and lead to a diminished ability to foresee the consequences of the user’s actions. The behavioral symptoms of heroin addiction can be a very difficult thing for parents and loved ones to understand. The need to use heroin can supersede all other needs in such a way that leads to the user engaging in risky behaviors that they would have never engaged in otherwise.

After an extended period of heroin use, the body adjusts to the constant presence of the drug in a phenomenon known as physical dependence. When that person stops using the drug abruptly, there are negative physical and psychological consequences known as withdrawal.

The longer someone has used heroin, how it was used, and the amount that was used each time are all factors that play into the severity of withdrawal symptoms when the person stops using.

As we know, heroin is an opioid drug that can suppress some of the functions of the central nervous system such as breathing rate, heart rate, and body temperature regulation. Heroin works by binding to opioid receptors in the brain, causing an increase in the chemicals responsible for pleasure. After extended opioid use, the brain begins to adjust to this newfound source of pleasure chemicals and stops producing them on its own. When heroin is removed from the equation, the brain and body are left to readjust, leading to the negative symptoms of withdrawal.

The severity and duration of withdrawal issues will vary from person to person but there are some symptoms that are universally experienced. These symptoms can range from mild to severe, and while they can be extremely uncomfortable, they are not generally seen as life-threatening. Some of these symptoms may include 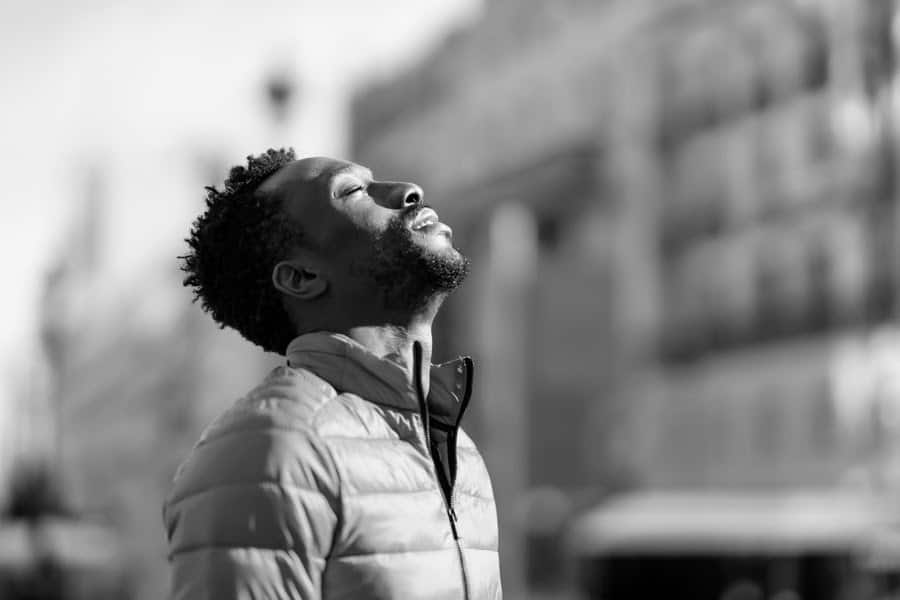 At East Coast Recovery Center, our mission is to help those suffering from drug and alcohol addiction achieve success in recovery and life. Our campus is located 20 minutes outside of Boston in beautiful Cohasset, Massachusetts. This is where your healing journey will begin. Take the first step by calling 781-400-8018 today.

We realize that every person’s path is different, so our approach to treatment for substance use issues must be different as well.

Connection Is the Opposite of Addiction

For those suffering from addiction issues, it is easy to be overcome by feelings of loneliness and isolation. At East Coast Recovery Center, we believe that the opposite of addiction is connection. As humans, we are at our best when we feel a genuine connection to our community.

Treatment for heroin addiction always starts with detox. After detox, addiction treatment centers will use a combination of psychological therapy and assistance from medication to help identify and cope with the underlying issues that led to addiction in the first place.

The best way to help someone who is experiencing heroin addiction is to convince them to seek treatment at a licensed addiction treatment facility. While detox from heroin is rarely life-threatening, it is intense and can be a deterrent to someone getting off of heroin. Licensed medical professionals at treatment centers can help the person detox as comfortably as possible while helping them transition to a life free of drugs.

Heroin is an extremely addictive opioid drug. A person in the depths of heroin addiction may prioritize getting and using drugs above everything else in their life, neglecting health and relationships in the process. Addiction to heroin is not a sustainable lifestyle and medically-supervised treatment is highly recommended.